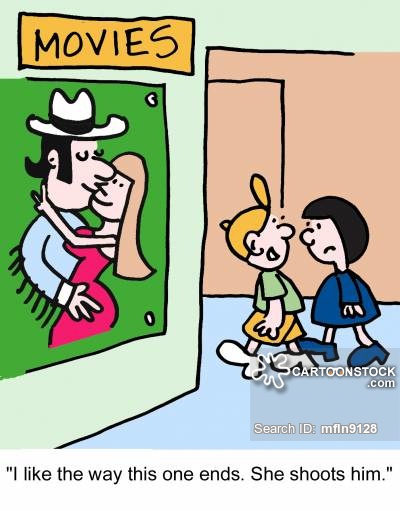 Alert: This is a Thinking Spaces opinion piece not an official piece of academic research – please engage and enjoy but do not take it as fact, these are musings, not findings. Enjoy!

I have an almost irrational hatred of spoilers to the point where I don’t fully understand where the fury comes from.

That case of someone being attacked for deliberately shouting spoilers is uncomfortable as I am not entirely sure that I would not react in the same way. On the one hand, it’s just fiction, it is not essential, why should knowing something happens cause you distress? Yet on the other, my obsessions are very much part of my personality. I would never condone violence, especially over something like this; however, I think I understand it. I have several fictional obsessions, and these are as important to me as people in my life. Hurting them, and by proxy me, through spoilers feels abhorrent to me.

Let me try to break it down a little. While I have many fiction based obsessions, let’s focus on the core, for now, starting with James Bond.

For years I blamed my Bond obsession on growing up without a father and believing that liking Bond films was something I shared with a man I didn’t know. Substantially, Bond helped me form a bond (sorry, sorry) with my imaginary dad. At one point (still do lol) I knew every bond plot, villain, song, and singer as well as the words, director, year of release, key actors, etc. I can watch entire segments of the films in my mind clearly and recall dialogue perfectly. Each Bond release is an event I look forward to for years, and I guard myself carefully against spoilers. 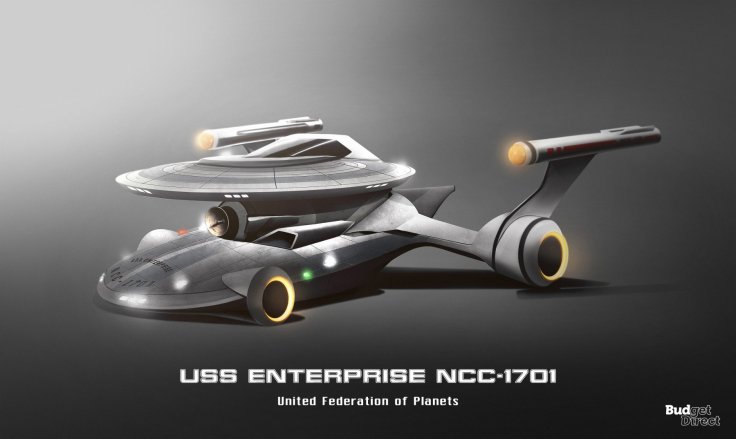 Star Trek is another massive monument in my ‘obsessionitorium.’ It takes up a lot of space, and my love for it covers all aspects of the series, not just the shows. I once knew registration numbers, ship schematics, service histories, the lore of the series and its civilizations. In many ways, it was my practice ground to study military history later! But most of all Star Trek gave me hope and security. When I lost my mother, my home, my dog, my friends, and relocated with my guardian to end up living on the sofa at my sisters, star trek was there. At the end of every episode, it was all ok, and even if it wasn’t, it was going to be. Star Trek was safe and huge, and I could get lost in it. It also was a passion of my amazing sister and surrogate father figure that made me feel home. (I want it on record that my darling sister and brother in law taking us in is the most selfless and kind act anyone could have done, and I still have longing for that amazing comfy sofa – love you guys). I carefully guarded my knowledge of upcoming episodes, avoided knowing about the films and brimmed with excitement at finales! ‘What we leave behind’ and ‘endgame’ still give me goosebumps, as did the end of season 1 of discovery — the build-up to the reveal so perfect that my excitement kept me leaning forward off my chair — not knowing allowed me that!

Then there are superheroes – first cartoons, then comics, of course, films and today the amazing MCU, but for me it was always shows – Lois and Clark, Batman the animated series (better than most movies lol), Smallville, the flash, modern shows like Titans and Umbrella Academy as well as beloved classics like street hawk, Thunderbirds etc.. just incredible depths of silliness, imagination, and joy. Again, spoilers have been kept away from my obsessions. The most recent of these is Endgame, but another example is Dark Knight Rises. In both cases I took measures to avoid spoilers, turning off social media where possible and refusing to listen to discussions in public. A wise man once said – ‘even a fake spoiler is a spoiler!’ It is because of Endgame that I am writing this, but let’s finish up the obsessions

Finally, there is my core obsessions, Harry Potter, Doctor Who, GOT, and Archer.

HP is a world of epic fantasy and debate, I’m proud of my house and my tattoo to define it. Archer, makes me laugh consistently and repeatedly, like Blackadder, I only have to think about it, and it cheers me up. GOT barely counts, everyone seems obsessed with it at the moment, and while I have read them, listened to the audiobooks, and watched the series through twice, I am honestly unsure it will hold me for decades like the rest. But right now, like John Snow, I accept I know nothing, and I am just along for the ride.

And then there is Doctor Who. If you have read this far, you may know my obsession for Doctor Who. My entire persona is based on the 11th and 8th doctors, my dress sense borrowed from both too. When 11 passed on to 12, silent tears ran down my face as others laughed at my silliness. Who has been a friend to me for decades, it inspires me, encourages me, supports me, and even influences me? Fish fingers and custard! A spoiler for episodes like Doomsday, End of Time, Time of The Doctor, The Raven, The Doctor Dances, Children of Time, Time Heist, or Gods forbids, The Day of the Doctor, would have been devastating to me.

The point here is these fictions mean a lot to me, and I am not the only one. The word Fan, coming from Fanatic, implies a level of particular obsession. Many of us love a form of media as though it was a partner, friend, family, or pet. These companions (be they music, film, media, books, art, etc.) help people redefine and save themselves; they give joy and hope. There is the swing side of the equation, with obsessive behavior clashing with normative reality, but let’s stick with spoilers shall we?

So it is here that I get to my point. I do not understand deliberate spoilers. Accidental ok, its careless or just plain excitement. I get it; I want to post my admiration or dismay for both Endgame and GOT. I want to debate online with my friends, and often spoilers are entirely accidental. I belong to a nerdy group chat that hadn’t realized I hadn’t seen a movie which they discussed. This is neither deliberate nor malicious, it is human and forgivable (well I’m.working on it!)

Then there are deliberate spoilers. This is what makes me very angry. Throughout the internet, I have read many threads where suddenly someone posts a significant spoiler. Right now it is GOT and Endgame. Often this seems to be committed as a form of trolling, to then draw out anyone who complains or retaliates. These posters are deliberately ruining the experience for others. The question is why?

Psychology today theorizes that spoilers are actually sought by many who enjoy having them to release the intellectual burden of the viewing process. I find this reductionist and insulting to the extreme, but I accept the point of view. Personally, I feel that this is connected to power and control.

Dominance online is overt within both social media and gaming. Many have often repeated the adage that online strips away the us and them mentality so regularly awarded to sports teams. Online, to paraphrase Ready Player One, (a book which to my mind is one of the greatest books of all time) anyone can be anyone. However, this is more subtle than that. Online power comes from intellectual prowess and computing skills. As a esteemed colleague pointed out to me, within ‘nerd’ culture spoilers can also signify heriachical dominance as obtaining the knowledge first demonstrates a superiority. Essentially, proving that someone is a ‘bigger fan’ or a ‘true fan’ as opposed to a ‘fanboy/fangirl’ or ‘noob’. To paraphrase, the deliberate spoiler could be considered a symptom of perceived superiority. As exemplified in Ready Player One, (the part where parzival and Atch shame I-rok over his lack of knowledge of video game history), superiority in the nerd fandom is materialised by the amount of knowledge you possess (hence why gatekeeping techniques). Therefore seeing the movie earlier illustrates your superiority and devotion by having the knowledge faster. In turn shouting it at others is a way to clarify this superiority, not simply by ruining their experience but by proving you know more.

At least that is the theory. But again questions over the spread of photographic related social networking engagement and the link between narcissistic empty-headed online ‘stars,’ have led to an increasing shift in the digital status quo. For evidence look the countless vacuous insta stars, and online based celebrities whose skill set often is limited to being seen. Recently an Instagram ‘influencer’ gained notoriety after releasing a devastating emotional video plea for help after having her account deleted and her lively hood suddenly removed. She lamented, much to the chagrin of the vocal internet mass, that she was unsuited for actual 9 to 5 work because she had no actual skills.

So as the ‘nerds’ are seemingly pushed back into corners inside the world that they essentially created and were mercilessly mocked for using, the issue of dominance and control reasserts itself.

I theorize that the deliberate practice of posting spoilers is often about power. The power to remove something from others without cost (or effort) to yourself. The power to deny others the experiences that you have enjoyed. The employment of spoilers also ensures elements of exclusivity, as the spoiler retains the knowledge that they managed something others did not.

It is true that motivations are hard to define in individual agency. As noted some spoilers are accidental. Others may be retaliatory for it done to them, or again it may be thoughtlessness or simply because people just do things.

However, I know what I love, and I know that to have someone damage that experience is irrationally upsetting and confusing. Often, in spoiler posts, I see ongoing back and forth as someone complains about the behaviour. This quickly descends into insults and mocking jests that provide infinitive ring seats for others, who also often chip in. Perhaps this is what they wanted after all, simply attention.

Again I lean towards power and the will of some to remove pleasure from others.

But all I actually know is….